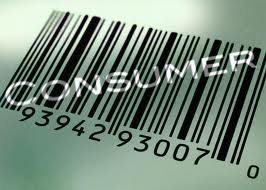 salam kepada semua..
Today,Writer want share with all readers about issues Consumer 2010 in Malaysia.Consumerism issues is about how goverment can give the best service for the people in their country.This is about how People in this country judge goverment whether is good or not.starting with a run for sugar at the early part of the year and ending with another round of price hike for fuel and sugar. Malaysian consumers have a long way to go in learning how to value their money if the number of people declared bankrupt and those who fell victim to numerous ponzi schemes and other trickery are anything to go by.Throughout the year, hundreds of consumers had fallen victim to scams and 4,651 of them were declared bankrupt due to credit card debts. Nonetheless, the rationalization of the fuel and sugar subsidies in 2010 was the main cause of concern for the average consumer.
CONSUMER WATCH:SPEND WISELY

Rationalisation of the Subsidies

The rise in the prices of fuel comes of no surprise as it was already indicated in the 2010 Budget with the initial hike earmarked for May 1, 2010. The initial plan was to restructure the fuel price based on the engine capacity and foreigners having to pay the market price. As the plan was impractical to implement, on March 2010 the Ministry of Domestic Trade, Cooperatives and Consumerism called off the plan and a subsidy rationalization lab was established to review all government subsidies.

"On May 27, 2010 Minister in the Prime Minister's Department Datuk Seri Idris Jala who is also the chief executive officer for the Performance Management and Delivery Unit tabled the lab's plan to eliminate subsidies in stages over a period of five years.

"This brought some relief to consumers for the time being, with many remaining sceptical looking at the rising cost of living that they have endure due to the inevitable hike in the fuel prices," according to Mohd Yusof Abdul Rahman, Group Communications Director, Federation of Malaysian Consumer Associations (Fomca).

As the subsidy bill for consumer necessities has ballooned to RM74.1 billion, with RM23.5 billion for energy and fuel, RM3.4 billion for food, RM42.4 billion for social development and RM4.8 billion for infrastructure, thus the consumers have to foot part of the bill.

Between Subsidy and Allocation

The diesel and the LPG also saw the price increasing by five sen to RM1.80 per liter and RM1.90 per kg respectively.

"The subsidy figures provided by Idris Jala was a point of contention as there seemed to be some confusion over the definition of subsidy and the development allocation.

"The allocation for social and infrastructure development is for the well-being of the people and it is the people's right. It is unlike the subsidy for fuel and food to keep their prices at affordable level," said Mohd Yusof.

Meanwhile, once again consumers faced sugar shortage early in the year not due to limited supply of the commodity but due to hoarding and smuggling by those who want to make a quick buck. A rise of 20 sen per kg on January immediately resolved the supply issue and consumers saw another rise of 25 sen on July 16, 2010.

Mohd Yusof pointed out the new price of sugar at RM2.10 per kilogram would not pose a problem for consumers if they practice a healthy diet

"Currently Malaysians are consuming more sugar than they should. If they consume sugar accordingly, the new price poses no impact on their expenses," he added.

No matter what Malaysians should count their blessings as the price of sugar in Malaysia is still far cheaper compared with RM3.50 per kilogram in Indonesia, RM3.80 in Singapore and RM2.80 in Thailand.

While the rise in the prices of fuel and sugar per se is still manageable but its far reaching impact on other daily necessities is what puts consumers in the losing end. Mohd Yusof noted the rise pushes up the prices of food and beverages.

Action to control the prices can be done through the Price Control and Anti-Profiteering Act.

In 2011, consumers can hope for better protection of their rights with several new laws and amendments proposed to the existing ones. Mohd Yusof pointed out among the new laws to come into effect in 2011 is the Competition Act to ensure healthy competition in business that at the end benefits the consumer through good services and products. Commenting on the Price Control and Anti-Profiteering Act, he said the regulations enable the government to take action on businesses that set the prices according to their whims and fancies.

"The National Price Council will set the appropriate profit margins for the respective sectors. In the event the traders sell at very high prices, enforcement action can be taken against them," he said.

On the Advertising Committee under the Consumer Protection Act, Mohd Yusof said it is to monitor the advertisements in the mass media to ensure there is no misrepresentation or violations of consumer laws. According to Mohd Yusof, the updated National Consumer Policy would be reintroduced as well.

"Fomca hopes that the National Development Plan also takes cognizance of the consumer rights in the country. This has to be integrated with other policies," he added.\

"Fomca hopes that the amendments will help alleviate confusion among Muslims.

"At the same time Fomca hopes that traders and manufacturers who sell their products to Muslims in Malaysia will apply for the halal certification before marketing their products.

Despite the new challenges awaiting consumers in 2011, Mohd Yusof is optimistic that the government will try its best to avoid further subsidy cuts as there are indications the 13th general election will be held in 2011. The indications are clear including the implementation of the Goods and Services Tax (GST) that has been postponed from the original date sometime in the mid of 2011. Fomca hopes that the government has its own plans and strategy to ensure the low and medium wage earners will not be left out in the government's effort to create a high income society and in withdrawing the subsidies. "The allocation for education and healthcare needs to be increased so that the public is not burdened by the high cost for both. "If the government pays attention to both sectors – that the education level of the people could be enhanced to create skilled workers and professionals – this will enable them to earn high income. "A good healthcare system ensures the people's well-being which in turn ensures their work productivity is not disrupted," said Mohd Yusof. - Bernama