The group called MadLeets has accepted the responsibility of this major defacement through a message shown on Google’s home page for Malaysia.

Apparently the hackers DNS poisoned the domains and redirected them to their own web-server. Both the domains were hacked till the filing of this report.

Google hadn’t updated the DNS for the domains till the filing of this report. After DNS updation, domains will still remain inaccessible (or defaced) as name server propagation takes some time (from few minutes to 24 hours).

Both the websites are to remain defaced till the original DNS are propogated across the web, which is likely to take at least 10-12 hours.

It maybe recalled that a Turkish hacker had hacked Google Pakistan and 300 other Pakistani domains using the same technique.

Here is the message left on defaced page:

Google Malaysia hacked by 1337
Today , just a few minutes ago , Google Malaysia got hacked by well known Pakistani Hacker with the code name 1337 from Team Madleets. 1337 is a well known hacker for many big hacks like this in the past. It seems that the method used in this attack was DNS Hijacking where the hacker has managed to hack the Domain Registrar and replaced the ip with it's own server.
There is no reason behind this hack. 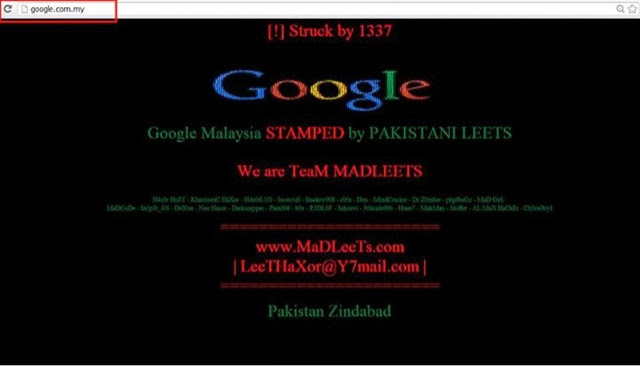 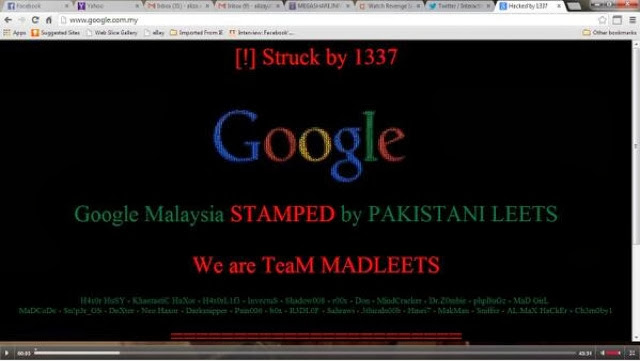 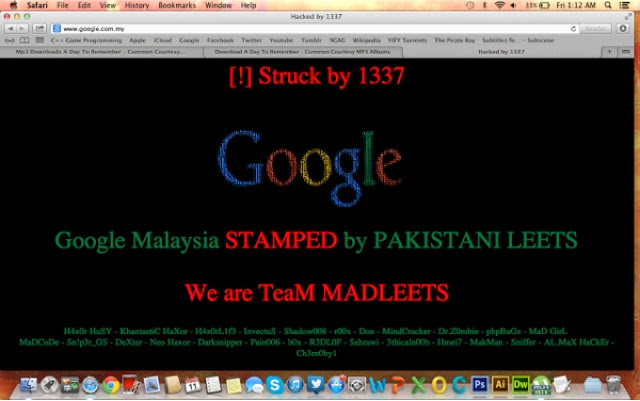