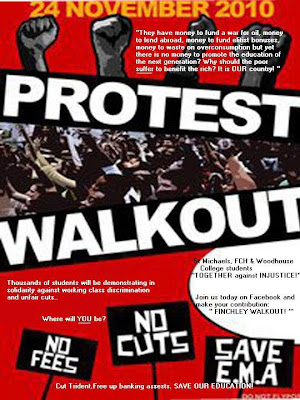 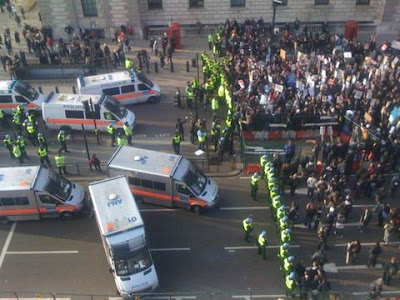 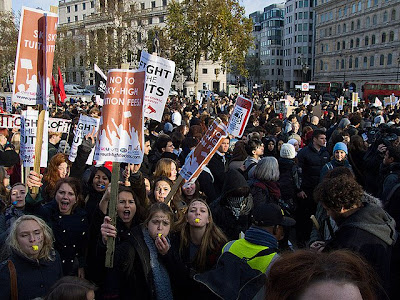 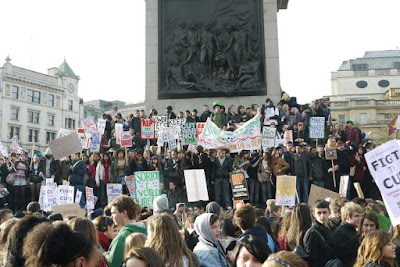 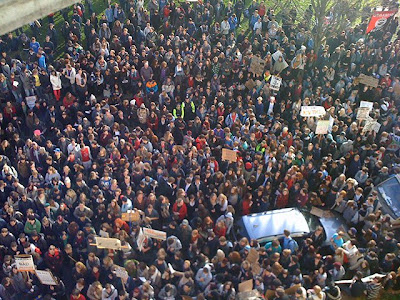 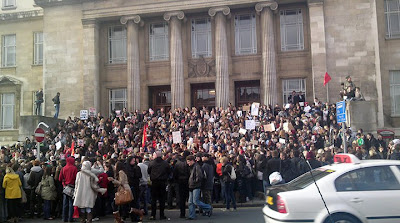 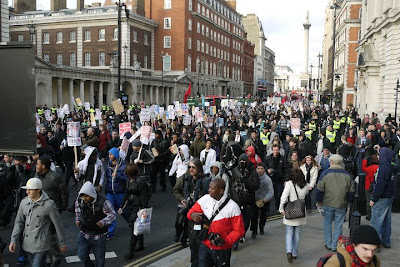 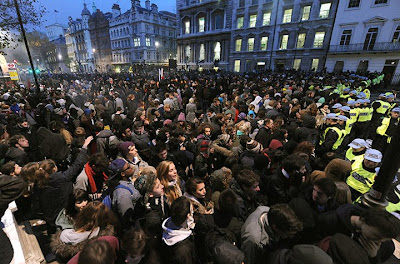 salam kepada semua...
STUDENT POWERS ?
Smart Generation writer just to share with you all about what happens in London because student protests to shows their opposition to the increase in tuition fees.Thousands of  students across the country staged sit-ins, walk-outs and demonstrations over tuition fees and university funding.
The nationwide protests, organised by the National Campaign Against Fees and Cuts (NCAFC), saw schoolchildren and sixth-formers as well as university students and lecturers take to the streets to demonstrate.An estimated 10,000 joined a demonstration in central London. The protests were largely peaceful but there were clashes with police when specialist officers corralled students into a "kettle" in Whitehall.The Metropolitan police said one officer sustained a broken arm and there were 15 arrests.
The demonstration followed a day of action two weeks ago that resulted in 60 arrests and dozens of injures when a riot broke out at the Conservative party's headquarters in the capital.
Several thousand people gathered in Trafalgar Square, where they chanted slogans including "Tory scum" and "No ifs, no buts, no education cuts". They carried placards reading "RIP my degree" and "Nick Clegg, shame on you".Marches and other events were organised across England and Wales.In Sheffield, around 1,000 students gathered in the city centre. There were reports of pupils walking out of secondary schools to join the protest, and many in the crowd appeared to be of school age, some as young as 13 or 14. Police stood guard in front of the Victorian town hall as the crowd chanted and waved placards.In Manchester, around 3,000 protesters had made their way from Manchester University student union to the city centre. A group of several hundred broke away from the main demonstration and headed towards the town hall.There were minor scuffles between protesters and police in Bristol, where around 2,000 people joined a demonstration. About three dozen police officers blocked the entrance to the town hall, where protesters had sat down and were reading books.Students carrying banners also congregated at Brighton station under the watchful eye of the police. At the University of Sussex, students gathered on campus to listen to speeches.In Oxford, there were reports that up to 300 students had occupied Radcliffe Camera, which houses Radcliffe science library.The Lib Dems have come under intense fire over government plans to charge students fees as much as £9,000 a year from 2012 after pledging before the general election to oppose any such increase. Parliament is due to vote on the proposals before Christmas.David Cameron's official spokesman told reporters: "People obviously have a right to engage in lawful and peaceful protest, but there is no place for violence or intimidation."
what Smart Generation writer can say is

well..this situation is not applicable here..