2010:POLITICS IN MALAYSIA WAS WON BY PUBLIC RELATIONS? 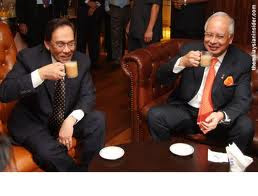 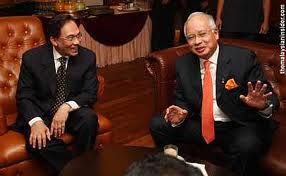 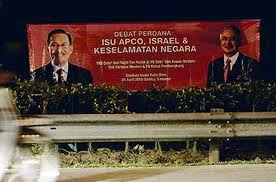 Public relations is about spinning illusions; it’s no substitute for good, honest politics, but unfortunately, its role in creating positive public perception about the party has made it an essential political weapon. Employing the services of Apco, McKinsey and Co, and other public relations companies, BN has wielded the weapon to its advantage.

This year has seen it come out with a series of three-letter abbreviations to sell as dreams to the Malaysian public. Considering how easily some Malaysians have fallen victim to Internet scams, you have to say it’s been clever of Prime Minister Najib Razak to hawk GTP, ETP, NEM and whatever else to make it appear he’ll deliver sure success. Never mind that he has done nothing to bring about the much-needed reforms that are essential to putting our institutions in proper working order again, such as restoring the independence of the judiciary, revamping the police force, freeing the media, making the Elections Commission independent, etc.

BN of course has the means to pay for the public relations advice using taxpayers’ money, and it has the government machinery to showcase the gimmicks. Not to mention the cooperation of the mainstream media as well.
PR, however, has none of these at its disposal. It depends quite a bit on the vagaries of luck and circumstance.

In fact, 2010 started on a promising note for PR. When churches were attacked after the High Court allowed The Herald to use the word “Allah”, PAS president Abdul Hadi Awang and PKR leader Anwar Ibrahim called the attacks “unIslamic” and won approval from moderate Malaysians.

Najib, on the other hand, was hit with the prospect of Christians in Sabah and Sarawak withdrawing their support for BN. And because, prior to the attacks, in the face of impending protests by Muslim groups against the court’s ruling, he himself had said, “We can’t stop people from demonstrating”, he was reviled for sending out a wishy-washy signal instead of a stern warning.

One month later, however, things took a nasty turn for PR when the “frog festival” started. From mid-February to mid-May, four MPs left PKR to become Independents “friendly to BN”. In between, the party sacked another of its MPs for continually attacking the party’s stand within PR.

All the dirt came out in public as the “frogs” croaked about their former party’s doings. Other “frogs” who hopped out were two assemblymen from PKR and one from the DAP. The most steadfast and principled of the partners has been PAS; none of its representatives have defected to the other side.

The developments got worse for PKR when it lost its sixth place in Parliament after the death of its MP for Hulu Selangor and the subsequent defeat of its candidate in the ensuing by-election. To top it all, it merely took a virtual unknown from the MIC to vanquish PKR’s bigwig, Zaid Ibrahim. Zaid took the matter to court, alleging bribery in the by-election, but although the public dubbed it “the buy-election” and criticized BN’s money politics, the judge struck out his petition.

Indeed, although PAS and the DAP had their own in-fighting and problems, and even problems with each other in 2010, PKR was the worst off among the PR partners. Towards the end of the year, it lost much credibility because of its party elections. Ironically, what should have been a historic occasion for Malaysian democracy – the first time a political party was holding direct elections in order to allow every member to vote for the party’s leaders – turned into a fiasco, with allegations of electoral fraud and vote-rigging, and, above all, the exit of Zaid Ibrahim in the most ugly of circumstances. It capped an annus horribilis for PKR.

Zaid’s bad-mouthing of the party was most unbecoming, and his lack of regard for being a team player showed his political true colors. He later joined an existing party based in Kelantan, renamed Kesejahteraan Insan Tanah Air (Kita), and became its president. But it’s unlikely that he will be taken seriously any more, except perhaps by his closest supporters.

In total, there were four by-elections this year, three of which were won by BN. The only PR win was the one in Sibu in which the DAP candidate won against heavy odds, including Najib’s attempt to win votes for BN by offering to “make a deal” with the electorate. His sleazy pitch was caught on video, causing Malaysians who watched it to wonder if he was really a prime minister or a salesman.

The Sibu victory was sweet, but it’s unlikely to be an indicator of a sea change in Sarawak politics. There are pockets of disgruntlement with Chief Minister Taib Mahmud’s 30-year reign but these are mainly in the urban areas. Taib and his people know how to push the right buttons and appease the larger populace, so despite the increasing number of exposés alleging corruption and abuse of power by “the white-haired rajah”, the Sarawak state elections that will be held early next year will most likely go his way.

In other parts of the country, the electoral signs are also pointing in favor of BN. Although pundits claimed that BN’s victories in the Galas and Batu Sapi by-elections in November did not necessarily represent the people’s sentiment nationwide, the boost for its morale provided by this double victory could propel BN forward with greater confidence.

Another by-election looms, in the state constituency of Tenang in Johor. This is a BN stronghold, so a BN win with an even larger majority this time will be further reassurance that the coalition is recovering from its 2008 debacle. There’s nothing like winning and winning to draw back the supporters who had strayed in the last general election. For this reason, some PR supporters feel it may be best for the Opposition to refrain from contesting, like BN did in the Penanti by-election of 2009. Better not to find out what the outcome might be than to be trounced and be demoralized and to drop lower in public perception.

Will a general election be called soon? This has been the buzz in the public space the last several months. Much of it has been fed by developments that seem to indicate the affirmative.

This is somewhat reminiscent of the time when the previous prime minister, Abdullah Badawi, tried to mount a campaign against corruption. But, as we know, it turned out to be a flash in the pan.

At the Umno general assembly in October, Najib contradicted his 1Malaysia stand by staunchly defending Malay rights, and ominously talked of crushed bodies and lost lives in defending Putrajaya, “no matter what”. It was clear he was priming Umno’s devotees for battle.

Then at the BN convention in early December, he came out looking like a sleazy spinmeister striking low blows at PR, calling it “anti-national”, “very dangerous” and “despicable”, words aimed at stirring the emotions of the electorate against the enemy.

Samy Vellu finally stepped down as MIC president, which means BN has got rid of a liability, making it even more ready to face an impending general election. Samy was, however, made a special envoy with ministerial status, a move that discerning Malaysians could not see any sense in. Many had been waiting for years to see him leave; instead, he’s been rewarded and kept on the people’s payroll.

Meanwhile, Santa Claus is working hard to dish out presents: memorials will be built for Tan Cheng Lock and V Sambanthan; Defence Minister Ahmad Zahid Hamidi recently said the armed forces could expect a “substantial” pay rise; the controversial rapper Namewee was suddenly acknowledged by minister Nazri Aziz as a “grossly misunderstood” young man who could look to the prospect of getting some government support. If Namewee does get such support, one wonders where his vote would go at the next general election.

The next question is, when will the general election be held? And will there be enough time for PR to salvage its image and bounce back with a plan to win voter confidence?

To allay its skeptics, PR announced at its convention last week that should it take over the government, it would implement reforms within the first 100 days. Among these reforms:
These look good on paper. If they were to be carried out, Malaysians would see things done that have never been done before. It begs to be asked why BN has not thought of some of them already, as they would surely bring much benefit to the people. However, all Deputy Prime Minister Muhyiddin Yassin could offer in rebuttal was that it sounded like “a supermarket sale”. Even so, PR needs to do more to get back in the game. Already, other groups are coming in as potential contenders against BN. Apart from Kita, there is the Human Rights Party (HRP), which grew out of Hindraf. It plans to stand in 15 parliamentary and 38 state seats. Now there is also the Malaysian Civil Liberties Movement (MCLM), which proposes to offer candidates of integrity and intelligence who would not sell their allegiance and be able to debate with substance in Parliament. MCLM will first offer these candidates to non-BN parties, but if they are not taken up, they will stand as independents. The downside of this is that it will bring about three-cornered fights, which invariably cause the Opposition votes to be split and therefore end in BN victories. To be sure, a fragmented Opposition is certainly not the answer. That had been the curse of the Opposition until 2008. Now more than ever, with every vote being crucial at the next general election, which we know will be a very tough one, there can only be one united Opposition coalition to take on BN. Otherwise, the consequences will be dire.