The sultanate of Sulu denied yesterday that its members are terrorists, as alleged by Malaysia, and said Prime Minister Najib Razak is the terrorist for unleashing his country’s military and police against 200 members of the sultan’s army.

Speaking at her father’s home in Maharlika Village in Taguig, Princess Jacel Kiram, daughter of Sultan Jamalul Kiram III, said they do not espouse violence and they are not terrorists.

“So Mr. Razak, you are more terrorist together with your armed forces and supported by P-Noy’s government, wanting to exterminate Raja Muda Kiram and the royal Sulu sultanate’s lives,” she said.

“Who is the terrorist? His description of terrorism is when a superior force, utilizing the air force, navy, army and the police force to annihilate a force of 200 inferior force whose only action is to defend their belief and their rights.”

Sultan Jamalul Kiram III said the royal Sulu army went to Sabah to settle and not to wage war.

Princess Jacel said Najib is ignorant of the region’s history and of the 1963 Manila Accord.

“We are the landlords of North Borneo, asking the squatter tenants to vacate the leased property,” she said.

“If you (Najib) know how to read history, no less than the great Tunku Abdul Rahman signed an agreement with President Diosdado Macapagal, witnessed by President Sukarno of Indonesia in 1963, the Manila Accord wherein the claim of the sultanate of Sulu shall not be prejudiced in the formation of the Federal State of Malaysia.”

“Have we given up the independence and sovereignty over our people and our land?” she asked. “It seems that it is now in the people’s hands to fight for our rights and freedom.” Princess Jacel asked President Aquino to sanction the Department of Foreign Affairs (DFA) for admitting responsibility in misplacing the Kiram family’s first letter to him.

“Mr. President, please review RA 6713 Section 5 and Section 11 so you will know what you are answerable for and please understand, Diyos na po ang bahala sa inyo (God will deal with you),” she said.

Sultan Jamalul said members of the royal Sulu army now in Sabah are mostly poor fishermen and farmers who have found life in the Philippines already difficult.

“You cannot blame these people who go there to help my brother,” he said. “His going there is a decree from me but not for war but to settle down there.”

Sultan Jamalul said Agbimuddin and his men are safe but on the run from Malaysian security forces.

He said the sultanate is open to accept all support, including from the Moro National Liberation Front.

Sultan Jamalul denied Malaysian reports that casualties on the sultanate army’s side are mounting, but said his army is prepared to die in Sabah.

The DFA denied yesterday that Del Rosario had agreed with Malaysia’s labeling of Sultan Jamalul’s followers in Lahad Datu as terrorists.

In a Q&A on the DFA website, Ambassador to Kuala Lumpur J. Eduardo Malaya said the report that Del Rosario had agreed with Malaysian Foreign Minister Datuk Seri Anifah Aman to label Jamalul’s group as terrorist is out of context.

Malaya was present at the meeting between Del Rosario and Aman in Kuala Lumpur.

Speaking to reporters, DFA spokesman Raul Hernandez said Del Rosario only referred to the act of mutilation and desecration of bodies but did not agree with Aman in labeling the group as terrorist.

“As far as the secretary is concerned, there was only an agreement on the mutilation and desecration of the bodies of the personnel as terroristic acts,” he said.

The DFA said in Semporna, Sabah, alleged acts of terrorism were reported after the police were lured into an ambush and killed, their bodies mutilated and desecrated.

“If indeed these atrocities were committed as reported to him, the secretary and the foreign minister both agreed that these were, at the very least, terroristic acts,” the DFA said.

Del Rosario flew to Kuala Lumpur on Monday to continue discussions on how to avert further loss of lives in Sabah. – With Pia Lee-Brago, Jose Rodel Clapano 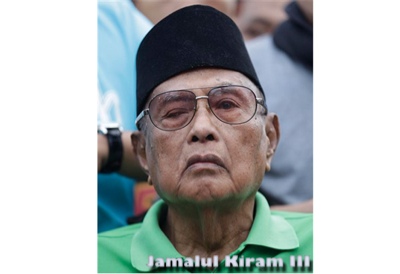 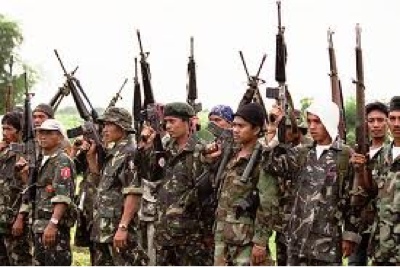 My brother recommended I might like this web site. He was totally
right. This post truly made my day. You can not imagine simply how much time I had spent for this
information! Thanks!