MANILA, Philippines - The widow of the late Mohd Mahakuttah Kiram, the 34th Sultan of Sulu, believes the fighting in Sabah is mere “drama,” and says it is not part of their game plan to pursue their proprietary rights.

Speaking to reporters yesterday in Makati, Princess Maryam Kiram offered herself as an emissary to the parties concerned, as she has been doing in the past.

“I am confident, after I sat with them to clarify their concern,” she said. “We will be willing to come to the negotiation table to settle all matters for the good of all concerned. A win-win solution can be arrived at.”

Maryam did not elaborate on the “drama,” but said the media are making up stories.

Claiming to represent the sultanate of Sulu, Maryam said she has been in contact with the members of the royal family and that she had set up the Royal House of Sulu Kiram Foundation Inc.

Maryam said she has been talking with Malaysian officials and an agreement was already made regarding the increase of the rent for Sabah.


“I am now in the process of negotiating some form of compensation from the Malaysian family to help develop their ancestral lands,” she said.

A meeting was called for all the members of the royal family and a Manifesto of Solidarity of Peace of the People of Sulu Archipelago has been signed, she added.

Maryam said the Malaysian government was receptive and they are now preparing a good settlement.

The birth certificates of every member of the Kiram family is already in her possession, she added.

Maryam said she went to Malaysia early this year for the release of the settlement fund.

“The funds were to be in my hands, but the schedule of Jan. 11 was unfortunately not implemented for unknown reason,” she said.

Maryam said the fund was supposed to be deposited in a designated bank with clearance from the Bank of Negara. 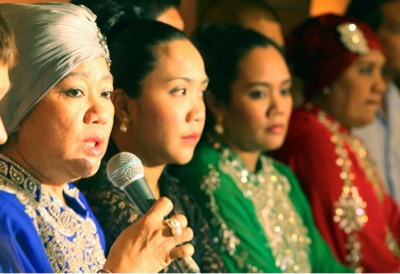