WHAT`S THE VALUE IN PROTON..? 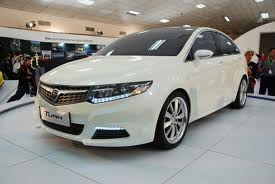 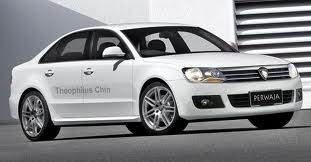 Those who want to take over Proton must make it competitive, otherwise Malaysian car buyers will see their agony prolonged.

So, what is it that suitors are hoping to get by buying government corporation Khazanah Nasional’s 42.7% stake? Are they looking to make Proton world champions? Unlikely. What they hope to do is to make Proton profitable behind the tariff walls that still continue to exist.


By P. GUNASEGARAM, The Star
THERE are three key questions that come immediately to mind when we consider the recent fervour of news and trading over Proton Holdings Bhd.
First, what is it in Proton which is so valuable that the retinue of potential bidders is looking for? Second, can they really turn Proton into a local, regional and world champion? Finally doesn’t anybody care about the way the share price is moving with all this speculation?

We shall deal with each question in turn. Proton’s basic problems are well-known. It lacks expertise, does not have sufficient access to expertise, which an alliance with a major manufacturer would have given it and it does not have scale to give it lower production cost per vehicle and make it competitive internationally.
That it has been enormously profitable at times previously is due to one fact and one fact alone – it has been able to sell its cars at expensive prices to Malaysians behind high tariff barriers which kept prices of similar cars prohibitively expensive.

It was knocked off its perch as the top local car company by the second national car company Perodua whose models now outsell Proton’s and are generally considered to be superior to Proton’s. Perodua has an equity and technical tie-up with Daihatsu of Japan, the Toyota subsidiary that specialises in smaller cars.
So, what is it that suitors are hoping to get by buying government corporation Khazanah Nasional’s 42.7% stake? Are they looking to make Proton world champions? Unlikely. What they hope to do is to make Proton profitable behind the tariff walls that still continue to exist.

You can bet they will ask for concessions and protection because none of them have the ability or depth of expertise and capacity to save Proton and make it internationally competitive.
Yes, but they can tie up with international partners much like the arrangement Perodua has. Yes, and that would be Proton’s best bet. But my question is why can’t Khazanah Nasional do that. It came tantalisingly close with Volkswagen in 2006 but the deal was aborted at the last minute due to powerful representations to the then Prime Minister Tun Abdullah Ahmad Badawi.

But there’s no reason why it can’t do that now – it has been five years since the deal with VW was aborted. That will make the government, as the owner of Khazanah Nasional, the beneficiary of the change.
Meantime, with all that speculation, the price of Proton has hit the roof and is at a 4-year high. Why that is so is a bit of a mystery. If one tracks the many changes of ownership in that key stake in Proton since its inception in 1983, not one involved a general offer.

I repeat, parties who have assumed control of Proton in the past have all not been required to make a general offer despite taking controlling stakes.

Perhaps the regulatory authorities in some new-found wisdom – there is definitely a case for a new controlling shareholder to make a GO – may require one. If that’s so, minority shareholders will benefit. But don’t bet on it.

There are ways that regulations and codes can be circumvented. One simple means is to break up that Khazanah Nasional stake. If a stake of under 33% is sold, then the acquiring party might argue that the Takeover Code has not been breached.

Khazanah Nasional could choose to keep the remaining stake and move into the role of a passive investor or place that out to other parties and get out of Proton completely.

But if a responsible disposal is what Khazanah Nasional wants – and considering that Proton is a national car project – it may want to ensure that the plans being put up by the prospective parties is indeed workable and does not prolong the long suffering of Malaysian car owners.

Whoever takes over, it must be made clear that there will be no concession and no bailout. But that’s not something that any government will be prepared to do. There is too much money, effort and pride invested in this and when push comes to shove, a bailout will be inevitable if things don’t turn out right.

Under the circumstances the best thing to do is for Khazanah Nasional to do what it is supposed to do – restructure government companies so that they can be regional and international champions.

If a tie-up with foreigners is necessary and giving car-manufacturing over to foreign control is part of the deal, so be it. Control can be held over other things such as local distribution. This is not ground-breaking – there is exactly such an arrangement with Perodua.

And once everything is market oriented and Proton has a decent chance with expertise and other resources from some major car manufacturer, the tariff barriers can come down and Malaysians will finally get a respite from ridiculously high car prices.

·P. Gunasegaram still feels like pulling his meagre hair and fuller white beard out when he thinks of the opportunity Proton missed to tie up with VW. Just imagine, a full-specs VW Golf GTI equivalent to not much more than RM100,000! Don’t laugh, that’s what it costs in Germany.
Dicatat oleh asri di Ahad, Januari 15, 2012

I’m not sure where you're getting your information, but good topic. I needs to spend some time learning more or understanding more. Thanks for excellent information I was looking for this information for my mission.
Lilly Pulitzer Girls 2-6X Little Lilly Shift Bella Dress