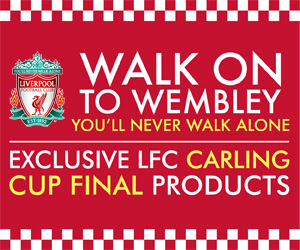 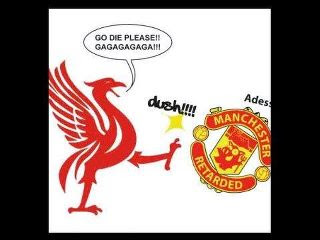 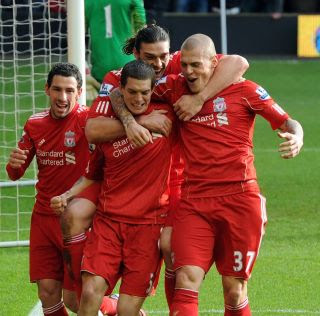 Kenny Dalglish lauded his players for the way they bounced back from defeat to Bolton by completing a cup double over our Manchester rivals. 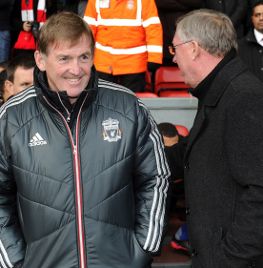 A late winner from Dirk Kuyt sealed a 2-1 victory over Manchester United on Saturday lunchtime and sent the Reds into the FA Cup fifth round.
This followed the midweek triumph which saw Liverpool reach the Carling Cup final at the expense of Manchester City.
Dalglish, who reacted angrily to our 3-1 loss at the Reebok last weekend, told reporters: "The week started badly for us at Bolton and it's fantastic credit to the players and how much pride they take in this football club to get themselves back on track as quickly as they did.
"It was a fantastic effort from our players after what they went through on Wednesday night. To ask them to come back and play on the Saturday morning was maybe pushing it a bit far but their commitment, their attitude and their desire to get a result was fantastic.
"I can't speak highly enough of them after that performance and result today."
Daniel Agger and Kuyt scored the goals which sent Anfield into raptures for the second time in four days, but Andy Carroll will receive just as many plaudits for being involved in both strikes.
Asked what his message to Carroll was, Dalglish said: "Well done, Andy!
"He is good in the air but we've got to develop that, he's got to develop that to work within our framework. We've got to work with him and we'll be a lot more patient than a lot of other people will, and I'm sure we'll get our rewards in the end. And we're starting to bear fruits now."
Journalists in the Anfield press room also wanted to know if Dalglish felt he deserved credit for introducing match-winner Kuyt during the second period.
"None whatsoever," he said. "If I'd have started him we could have been finished in the first half!
"For Dirk it's a fantastic day and it's a great day for us to go through to the next round of the FA Cup. To beat Manchester United is a great achievement for everybody."
Author: Jimmy Rice at Anfield
Dicatat oleh asri di Ahad, Januari 29, 2012